Nagyatád, the town of renewal

Walking through the streets and squares of Nagyatád, those interested can get to know a small town on a human scale, where the image and sights of the city are beautiful to the eye and interesting to the thoughts. The center of the settlement is urban, but at the same time it is characterized by many green areas and spacious public spaces.

The Tourist Center is located in the house on the eastern side of Széchenyi Square, which is the center of the town, and which has been erected for more than a hundred years and has preserved its original architectural values. In the tympanum above the old gate of the building is one of the earlier coats of arms of the settlement, with the horse motif in it. The house has tourist information, a gift shop and an exhibition presenting the military history of Nagyatád. The exhibition includes weapons, military equipment, documents, badges, decorations; and presents more than a hundred uniforms. The collection is from the I. and II. World War II, the Hungarian People’s Army and the weapons, equipment and weapons of our time, as well as objects from international relations. An outdoor military technology exhibition can be seen in the courtyard of the building; with tanks, cannons, military vehicles, fighter jets.

Next to the Military Technical Park – in peaceful coexistence – is the Parish Church of the Exaltation of the Holy Cross and the Franciscan Monastery. The Széchenyi Square is a monument built in the neo-baroque style in the mid-1700s.

The approximately 1,500-meter-long crossroads with the 14 stations start from the three-hundred-year-old Holy Trinity statue in front of the church. The crossroads is built in a special, beautiful natural environment, on a hillside, by a stream. It allows for a quiet, in-depth walk.

The crossroads also touches the courtyard of the City Museum. The exhibition includes relics of the city’s history, the XIX-XX. Memories of the heyday of the turn of the century can be seen. The institution is housed in a local protected house, also built at this age, on the north side of Széchenyi Square.

So far, everything they could read about is in Széchenyi Square. This square is truly a park, a wooded area with walkways, benches and sculptures, typically planted with horse chestnut trees and plane trees for a century. It is surrounded by the space wall in which the said buildings are also located. This shady park is suitable for walking, sitting, talking and watching.

In the middle of the park is the Spa, which has been operating since 1907, with an outdoor pool steaming in winter. The facility has spa pools and a medical department.

Still remaining in Széchenyi Square, on its western side is the most beautiful old building in the city. The house, built in 1902, has been completely renovated so that its architectural values have been preserved. Its eclectic, proportionate, beautiful façade, arched dry gate and wrought-iron stair railing are real monuments. The T25 house houses fine art exhibitions, the memorial room of the Kossuth Prize-winning poet László Bertók, and a photo exhibition presenting the refugee camp and life of the South Slavic war refugees in Nagyatád.

In Széchenyi Square, in the park, the statue of the beautiful Heroes, a little further away, the monument of István Bors gives tribute to the victims of the two world wars in Nagyatád. On the west side of the square, in front of the T25 building, stands a bust of an ore erected in 1904 by Lajos Kossuth, which is a truly expressive, successful depiction of Kossuth. Passing Hotel Solar from the north, you can see a special public clock that shows the time correctly. Nursery School, and further on the facade of a two-storey building…. Continuing, we arrive at the 1956 memorial site. Here is a headstone in honor of the heroes, and next to it is the Imre Nagy Memorial Stone. This small square is named after the Prime Minister Imre Nagy the Prime Minister.

Going further, the 7 indigenous trees planted at the beginning of Baross Gábor Street on the millennium anniversary of the Conquest symbolize the 7 conquering tribes, forming a small grove. The main entrance façade of the vocational school features a monumental fire enamel by the artist Márta Honty. On the other side of the street, in front of the Town Hall, is an already demolished XIX. century castle has an iron fence and two centuries-old sycamore trees.

If the pedestrian arrives here, you will see the bust of Attila József in a nice little square. From here, the József Attila promenade starts to the south. It is a special sight and experience to read and see the details of the well-known poems engraved on the stone columns and the most important parts of the poet’s life. At the end of the promenade, the walker can relax on the “loading shore” and the benches around it.

Opposite this place, behind the horse chestnut trees, stands the entire figurine statue of King St. Stephen. On the millennial anniversary of the founding of the state, the community of Nagyatád erected this expressive, beautiful sculpture, which is the work of the sculptor Ferenc Lebó and depicts the great ruler as a young king.

When the pedestrian arrives, it is on the edge of St. Stephen’s King Square. Here is a sports hall with a special view. In this place is the Memorial Stone, which was erected on the 50th anniversary of the inauguration of Nagyatád. Starting from this stone is the row of horse chestnut trees, which were formed from 50 seedlings. It’s worth going through it. At the other end of the alley, the pedestrian reaches a beautiful, original Szekély gate.

If we continue east from this place on the promenade, in a few minutes we will reach the Twin Cities sign, where we can get to know the names, distances and directions of the six sister cities of Nagyatád. Here is a lovely genre statue of the Mother’s child on which the little child’s head is already shiny from the many caresses. After a caress, we go further than where we get to Széchenyi Square.

The walk downtown – without coffee – is about 60-70 minutes. Walking around the Crossroads – in comfortable clothes and shoes – back and forth, walking 70-90 minutes. You can have a coffee, have a drink at the Solar Café, the Park Restaurant.

It is quite special that the hiker can reach the unspoilt natural environment, the shore of the Rinya stream and the Boating Lake, 6-8 minutes walk from the city center. The Sculpture Park is about a 30-minute walk away on the shore of the lake. In this place you can walk among about 40 monumental wooden sculptures outdoors, in a beautiful natural environment. The sculptures have been created by Hungarian and foreign artists over the past four decades. At the Sculpture Park, a visitor center provides comfortable conditions for relaxation, and in the framework of a great, attractive exhibition, you can see dozens of high-quality, beautiful, interesting small wooden sculptures inside. The walk home, of course, takes a little longer, but it’s worth it…

It is worth taking a walk in Nagyatád, the city of renewal. Have a good trip, have fun! 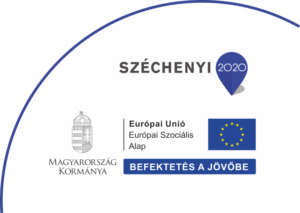